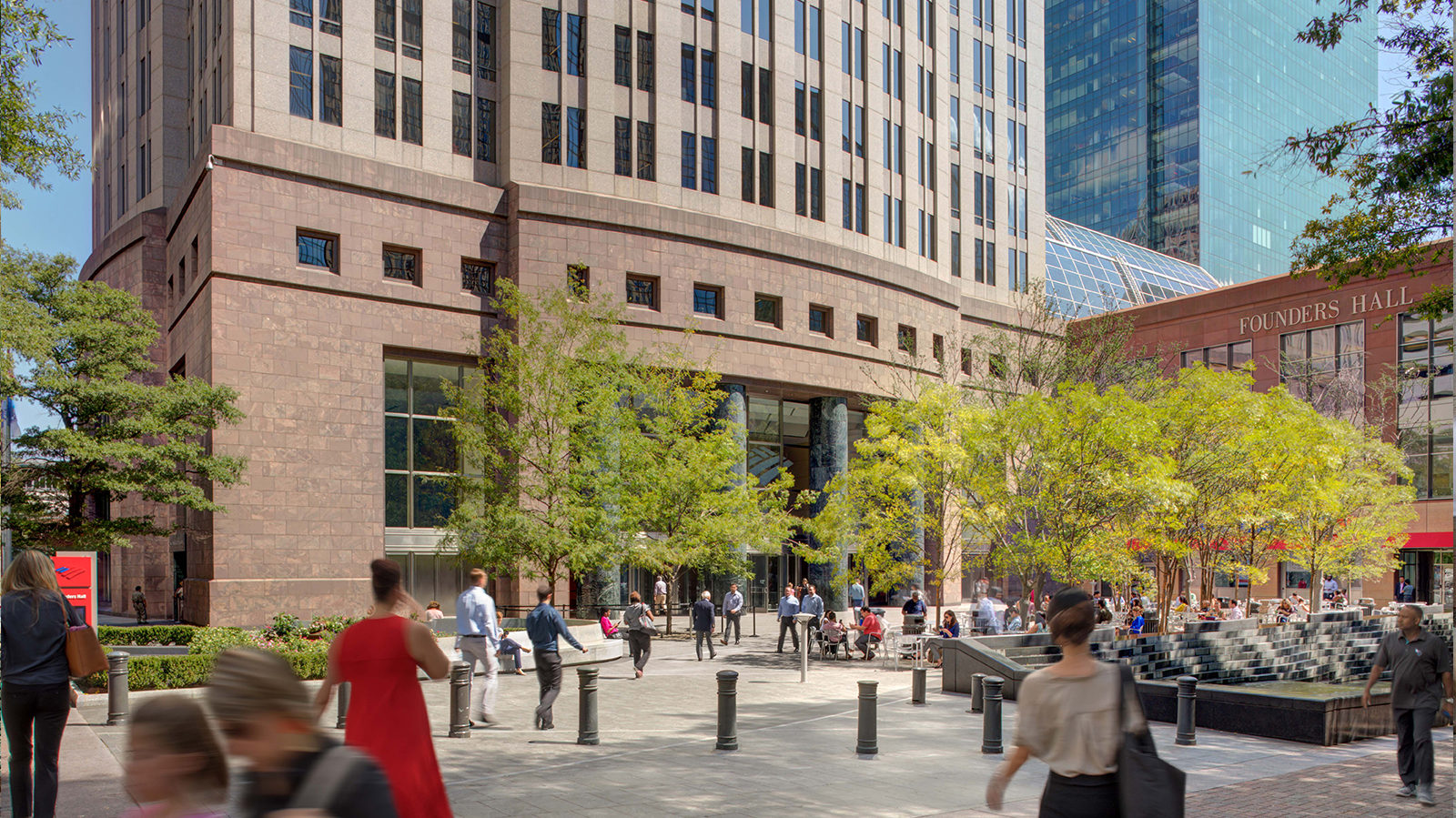 The mixed-use development is located in the heart of Charlotte’s center city, “Uptown Charlotte”, a name that a City Council proclamation declared in September 23rd, 1974 for the shopping and business district in the center city, as a result of a push from a local merchant and booster Jack Wood.

Also rooted in historical landmark and geographic reality, the mixed-use development set at an intersection  where Native American trading paths crossed in the mid 1700s.   The trading intersection, that came to be Tryon and Trade Streets, sits on a ridge that runs Northeast between Irwin & Sugar Creeks, and is at the highest point in Charlotte at 760-ft above sea level.

DPR is proud to be the Civil Engineer of Record for this iconic development.  DPR provided civil engineering, landscape architecture, and site construction administration.

The Commons at The Park

Charlotte
Back to top
©DPR All Rights Reserved